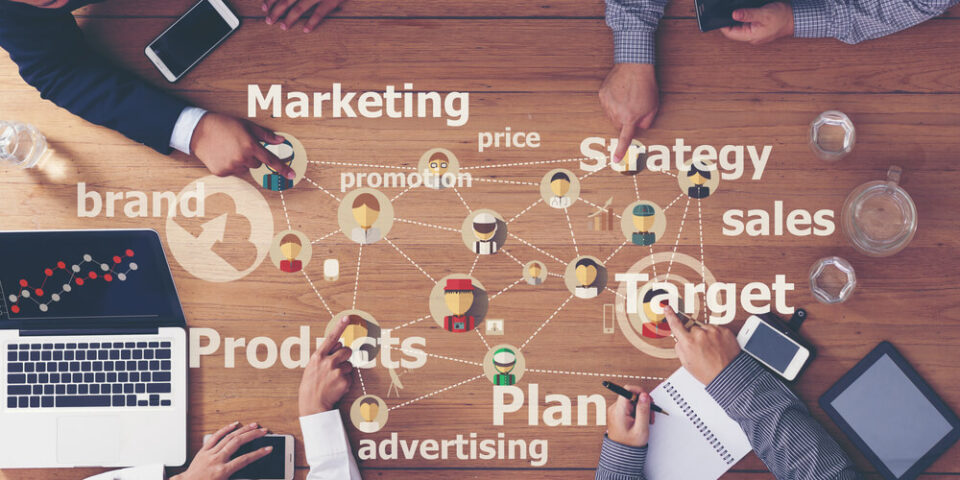 How to start a digital campaign on a low budget

A digital campaign that has a low budget must either be well structured, requires a monthly budget that is guaranteed for several months, and requires planning. These 5 tips are in order of importance, so if it is not enough for everything, start with the first ones.

When saying “low budget” keep in mind that, even if reduced, it must be continuous and consistent, since campaigns take some time to generate the quality levels required to produce a good flow of prospects and it is important that they are on the air Several months.

Tip # 1 Even if your budget is low, you have to do research

You shouldn’t start a digital campaign without doing research. Good research prior to launching the campaign will allow the budget to be focused on where it works best for positive results. You have to investigate the competition, you have to know with which keywords the competition is attracting your traffic from Google searches, you have to identify the audience, you have to know what words and what terms the audience uses to search Google, there are We have to identify what the audience is talking about in social networks and do a small study of social listening to find out what are the topics, the words, the terms with which the people that make up the audience of customers we want to attract speak in the social networks, as well as knowing the feeling you have towards certain topics.

Doing research before running might feel like time consuming and cost money, especially when you want a low budget digital campaign. The truth is that yes, it consumes time and costs money, but there is no better time and better money invested than what is made to understand how to launch a campaign successfully, if what we have just described is not done, if the process is not done of research and the campaign is done on the spot, without understanding the searches, without understanding the audience, without understanding the competition, the safest thing is that this campaign, which is also going to cost them money and will consume time, does not give them anything of results and then end up wasting the budget that was available without having generated a positive return.

The reality is that, as in any business execution process, poor execution based on a good plan is better than excellent execution without planning.

The website is the heart of everything that is going to be done later and is the only property that the entrepreneur owns, so that is where the many or few prospects that come from a digital campaign should be captured. You have to size the site well looking for it to be of very good technological quality but not to spend the entire budget. In online sales projects, it is common that a lot of budget is spent on the site and then there are no funds for campaigns that attract traffic to this site, so in a digital campaign with a budget under the development of the website you can plan in various phases.

The easiest way to start, that is to say the first phase, would be to create a landing page that talks about the main product, the main differentiation of the company and to which we attract all the prospects that we manage to generate with the search engine or network campaigns. social; It is recommended to make a landing page on the same platform where, later on, in the following phases, the website is going to be built, so that this page evolves and expands, adding sections, functionalities, more menus and sub menus, and Then you have a website that was born as a landing page and evolved into a more robust site.

A landing page serves to support a paid advertising campaign on Google or Facebook, but does not rank organically. If you want to have a web property that, in addition to solving the conversion of a prospect for paid campaigns, organically positions in Google, then you have to build a microsite.

Usually a microsite or site that is going to be used for organic positioning in Google, it is recommended to develop it in WordPress, because it is the most proven and most popular website platform in Google, so if you decide to start with a landing page , but then you plan to invest in a more robust property in WordPress it is important that the landing page can be developed initially in WordPress as well.

As the business strategy is strengthened, you can take that page in WordPress and grow it in an intermediate phase to a microsite where more pages are added, talk about some of the other products of the company and add a blog to start bringing more traffic based on content.

Another even cheaper way, although less advisable in the medium term, is to generate the landing page in a rental model that does not require a WordPress development or paying for a hosting, but a very cheap rental model where the landing page It is developed somewhere where the pages are made based on a template to which the design is personalized, a capture form is put on it and it is launched paying for a monthly rent. Doing so does not require a large initial investment because emptying the company’s content on a rented page is cheaper than designing a landing page in WordPress.

When you are ready to evolve, then the rented page is eliminated and replaced by a WordPress microsite that can already be organically positioned. One of the disadvantages of a rented page is that you cannot apply an organic positioning campaign with much success, while a page developed in WordPress can start an SEO campaign , of organic positioning, which later As the site expands, the landing page becomes a microsite and it has more information pages.

The landing page will be enough to support a very focused Google Ads campaign, with a few keywords that are not very expensive, and limited to a geographic region according to the company’s sphere of influence. So, quickly, with a landing page and a small campaign in Adwords, you can start generating a flow of prospects and initial sales that generate the positive return that any campaign seeks to achieve.

Usually, lead generation works better with a Google campaign than with a Facebook campaign, although some sectors may have good results on Facebook. The reason is basic, when someone needs a product or service, they go to Google to look for it, they don’t go to Facebook. However, for highly emotional boost products, Facebook may be a good option.

Assuming that what you are looking for is a more rational sale, responding to a need, the initial suggestion is to start with Google

If we already have the landing page, whether it is rented or a page developed in WordPress, the immediate way to generate traffic is through a campaign on Google. So that the campaign is not very expensive, a good keyword research must be done to choose those words with the highest volume of searches and the lowest volume of competition. A very specific set of keywords is chosen and with these the campaign is configured looking for immediate results and it is geographically limited, the bases of a digital campaign with a very achievable budget are had.

Narrowing down the Google Ads campaign geographically is very important so that the ads appear only in the geographical areas where a prospect can be captured. The more limited the campaign, the cheaper it will be.

Now, if we already started with the campaign on Google and there is still a budget, we can move forward with an advertising campaign on Facebook.

The secret for this campaign on Facebook to be cheap and not generate low-quality traffic is that the audience is well defined and focuses on valuable content. If the audience is well defined and based on what was found in the social listening research that we describe as the first step in this effort, then two types of campaigns can be carried out on Facebook : a pure campaign of ads that generate traffic to the landing page, and the other is a sponsored content campaign, where an effort is made to publish content on Facebook, measure their organic acceptance and then invest them a budget to “sponsor” or amplify them and reach an even larger audience .

For the design of the ads, in order to be visually attractive, the help of a good designer is needed. For the generation of content, it is advisable to have the services of a copywriter and a person who can produce animated videos, since today video content on Facebook generates the most interaction.

It is important not to forget that since we want to generate traffic to the landing page and capture the prospect, the content must offer a link that connects to our landing page and there we capture it as a prospect.

If there is no budget for advertising on Facebook, you can populate the profile with content of interest so that later, when it is time to advertise on Facebook, the page is not neglected.

When you do a digital campaign, even if it is low budget, it will generate leads and it is very important that those leads are contacted very quickly. If the prospect did a search, remember that when you saw yourself, they also saw other providers that advertise with those same keywords and that they have probably registered their data on several sites, even more so if they ask for information from the service, so from the moment in which the registration appears, you must assume that other suppliers also received it and will compete for that sale. Move quickly!

If you saw your ad on Facebook, it is less likely that you have seen some similar ads because there the ads do not appear by keywords, however, you also consider that when you clicked on your ad, it responded to an impulse, something that attracted you to do The longer you click, the more momentum is lost, so reacting quickly to a prospect who contacted you on Facebook allows you to contact when the impulse is still strong.

These are 5 strategies to start a digital campaign at an affordable cost, summarizing:

What is off-page SEO

Things To Know About The Future Of Influencer Marketing

Video Marketing And Its Importance In Your Businesses