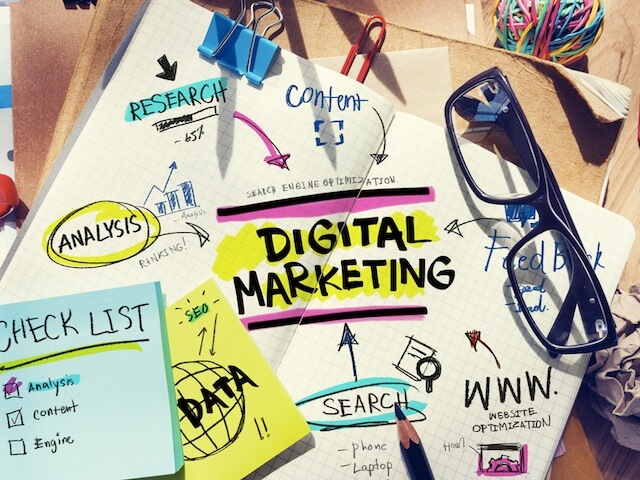 A professional businessman knows that he cannot be an expert in everything and that is why he or she dedicates himself to the essence of his business and hires specialists in the orbital tasks of his company. That he is an ideal entrepreneur for a digital marketing agency. But, there are entrepreneurs who are not like that.

There are entrepreneurs who allow their ego to convince them that they know everything and that they know more than specialists. That is, they allow the ego to boycott digital marketing campaigns.

Digital marketing strategies must be analyzed, designed and even executed by experts; the experts may be internal or the experts may be external. When a director allows his ego to boycott his campaigns, what happens is that once the strategy is already going to be executed or is already being executed, based on the analysis and the findings that the experts have made, the employer, the director , comes to change and impose ideas that modify the strategy that the experts have designed only because he or she thinks they know more. They stop, suspend, modify, give guidelines, change everything and ignore what the experts worked with so much dedication.

What is the reason for this to happen in digital campaigns?

Actually, it doesn’t just happen in digital campaigns, it happens on many fronts of the company, but first let’s ask ourselves if this is good or bad? Is it good or bad for a CEO to impose his ideas on digital marketing campaigns , just because you think he has more experience?

Probably the CEO knows his sector, his market, his customers and his product much better and the ideas that he can contribute are very valuable. Those ideas, if combined with the market findings that the marketing team has brought to the table and that underpin the proposed strategy, can be great. But when those ideas come only from what the manager “believes” or from what he “thinks” and have no basis, they probably do not work and neither do they allow the digital marketing strategy to work. When the director contributes and allows his suggestions to be nuanced and complemented by what the team of experts has in mind, this is good. But when his ideas go against what the experts propose, they have no support, he does not allow them to be combined and matched, this is bad.

That is, when the CEO allows his ego to mount and overwhelm an entire team of experts, the story is usually not written on good terms.

The above is very frequent, it is frequent in the design and planning process, but it is worse and more frequent when the director, not having given priority and interest to the previous processes, allows a campaign to come to light and then arrive with the Ideas that your ego is ordering you to do and suspend everything, change everything and modify what was already starting to work and that in fact the experts have based on their previous analysis and metrics.

This happens because the ego is a monster with 1000 heads as we could see in the writings of Messengers for a Better World , look for them , and it is an overwhelming force that clouds the good judgment of any person and certainly of a CEO who already has of itself, a position of power.

The explanation of why the ego occurs is the reason for many writings, treatises, books, experts, conferences, and it is not the objective of this note, the objective of this note is to send a message to the CEOs so that they are pending, Alert and aware, of those moments when your ego stands between the CEO and the experts and stop him, analyze what happens, find how to contribute allowing your experience to be combined with the science that the marketing team brings to the table and look for everything to add and multiply.

If the CEO has a big ego and believes he can give all the ideas and all the answers, then that CEO should at least get involved in the initial planning stages, when the analysis is done, the assumptions are made, the historical data, set goals, objectives and submit your ideas to the process, submit them with a humble vision that allows those ideas that he certainly believes in, be validated, tested and measured in the planning process and in the process of execution.

And, if the results show that these ideas do not work, the director has the good sense to accept that they must be removed from the process and allow the other ideas, probably more sustained and rational, to go their way. By doing this, the CEO prevents his ego from boycotting your digital marketing campaigns .

How to incorporate the director’s good ideas into digital marketing campaigns?

A good way to validate these ideas that the ego imposes on the CEO for him to impose on his marketing team is to put them through A / B testing, which in digital marketing we call A / B testing.

If the marketing team has a proposal already based on analysis and metrics, and the CEO has another proposal that is simply born from his intuition and his ego, then what you have to do is develop both and put them to compete for one against the other in the execution of the campaign to see which of the 2 is the one that generates the best result, usually the director overwhelmed by his own ego, will not allow this, because the mere fact of thinking that the metric could show that he was wrong annihilate, it is something that he could not bear, because when he came to try to impose his idea, he did it in a very aggressive, very taxing way, to such a degree that others would probably end up paying attention to him out of fear, then,Usually an ego-dominated director is going to try to impose his idea and not allow himself to be tested against others because he panics that his idea may not have been correct.

Read More:   What benefits do sponsored posts bring to your brand?

However, if the director is a creative person, knowledgeable about his market who wants to contribute ideas to a digital marketing campaign, in good time! It is the best thing that can happen to an effort of this type, but you must have the humility to propose the idea and allow that, if at the table, in the team, in this digital marketing war room, there are contradictory ideas. , both are executed, a metric is imposed on them and the market is left to validate which of them can give the best result.

Ask a CEO, someone who has struggled his whole life to get the job he has, someone who has accumulated years of experience and whose intuition has usually worked well for him, to put aside the natural ego that comes with it. Since it is probably impossible, however what is possible is for the CEO to become aware of this ego, to become aware when his ego is commanding him to impose an idea and lower 2 lines, allowing that idea not to It is not so imposed but rather is suggested as an alternative that must be contrasted with other ideas and must be tested in the market.

CEO do not allow your ego to harm the results of a digital marketing campaign planned, designed and executed by a team of professionals whom you certainly hired and paid for. Good luck!

Advertisements in Google Ads, a strategy with invalid myths

Strategies in Social Networks, their importance in digital marketing

The best Chrome extensions for SEO

Things To Know About The Future Of Influencer Marketing

Top 4 Reasons Why Memejacking Is an Effective Marketing Tool