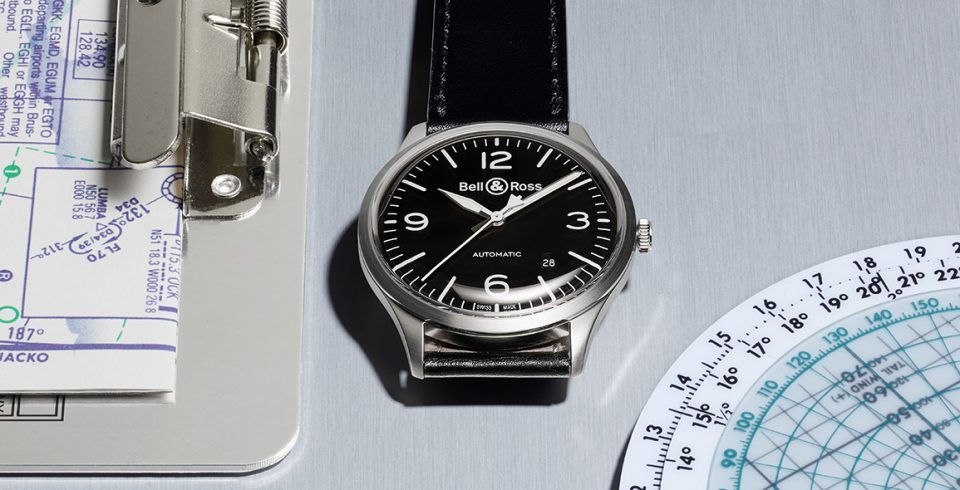 The COVID-19 pandemic had us grounded and staying in our homes. For most of 2020, we adapted to a new lifestyle and this much is true for people who are used to traveling abroad regularly. Fortunately, come 2021, the infection rate is continuously stabilizing, largely owing to the aggressive rollout of vaccines.

As traveling becomes an option again, we couldn’t be more excited to dust off our best watches. But, we thought of a better way to mark the occasion: get a new one to accompany you on your travels and a good start is the 2021 version of the BR 03-93 GMT from Bell & Ross. Here, we are taking a closer look at this new GMT watch.

Bell & Ross is a Paris-based brand that specializes in pilot watches and aeronautical instruments. Naturally, they have a range of GMT models, which proves to be a useful complication for pilots and frequent travelers alike. Among them is the BR 03-93 GMT and the latest update maintains the iconic square silhouette. However, where it takes a different route is the use of a bi-directional 24-hour bezel, which is contrary to the fixed bezel of its 2016 version. It’s a follow-up on the success of the 2018 BR V2-93 GMT, which was the first Bell & Ross watch to use an external rotating 24-hour bezel.

Besides the aviation-inspired square design, another BR 03-93 feature that immediately catches your attention is its “Coke” bezel. It shares the same colorway with the Rolex GMT-Master and GMT-Master II watches—red and black.

The BR 03-03 GMT measures 42mm in a square-shaped, stainless steel case with beveled edges and a combination of polished and brushed surfaces. It’s contrasted with brushed steel numerals, which reduces reflective glare while adding depth to the overall texture of the black dial. It’s sealed with an anti-reflective sapphire case with 100-m water resistance.

The overall design looks as good as it’s useful. It is utilitarian but with a modern appeal and a focus on functionality and readability. It uses the Calibre BR-CAL.303 automatic movement that has approximately 40 hours of power reserve. In this update, it’s also equipped with a date wheel and 24-hour GMT hand. It is delivered on matte black calfskin leather straps finished with a steel pin buckle. It is also presented with an extra black synthetic fabric strap for more options. The watch retails at $4,200, which is a fair sum for an iconic product with advanced technological features. It’s available via the Bell & Ross official site and its authorized dealers.

GMT Watches Explained: How It Works and What It’s Used For

Established in 1992, Bell & Ross has specialized in Swiss-made watches that are designed for professional use. In particular, its core collection has been focused on pilot use. But, the term ‘pilot’ covers a relatively wide scope: The needs of a military jet fighter are different from that of an airline captain, much less of a frequent flyer. In this case, there’s one definitive function—the GMT complication which allows you to keep track of two time zones using an additional hand that displays a second time zone. It’s one complication with which Bell & Ross is too familiar.

Pilot watches were originally designed to cater to the needs of military forces, with the earliest versions being utilitarian field watches. But, after WWII, situations started to change, fueled by the increase in business and leisure travels where people, civilian pilots included, are crossing different time zones.

As people frequently cross borders and time zones, being able to track the local time and a second time zone has become practical. Recognizing a potential market, forward-thinking brands have released the first GMT watches. These included the GMT-Master in 1954, a model that would later serve as a blueprint for the succeeding GMT watches.

Bell & Ross and the GMT Complication

The French brand also soon added the function to its catalog and the results were the BR 01 and BR 03 collections. These watches were easily distinguished by their iconic square shape, reminiscent of the dashboard flight instruments. It didn’t take long for frequent travelers to adopt this kind of watch. Fast forward to the present, the GMT complication has risen to become one of the most functional features that ever existed.

Today, Bell & Ross continues to innovate and explore the field of aviation watches with its three different watch lines. One is an evolution of the classic square watch and the two others are under its Vintage V2 line.

What do you think of the new BR 03-93? Would you invest in a GMT watch as such? Let us know by leaving a comment below!

7 Ways to Check an Original iPhone XS Before Buying One