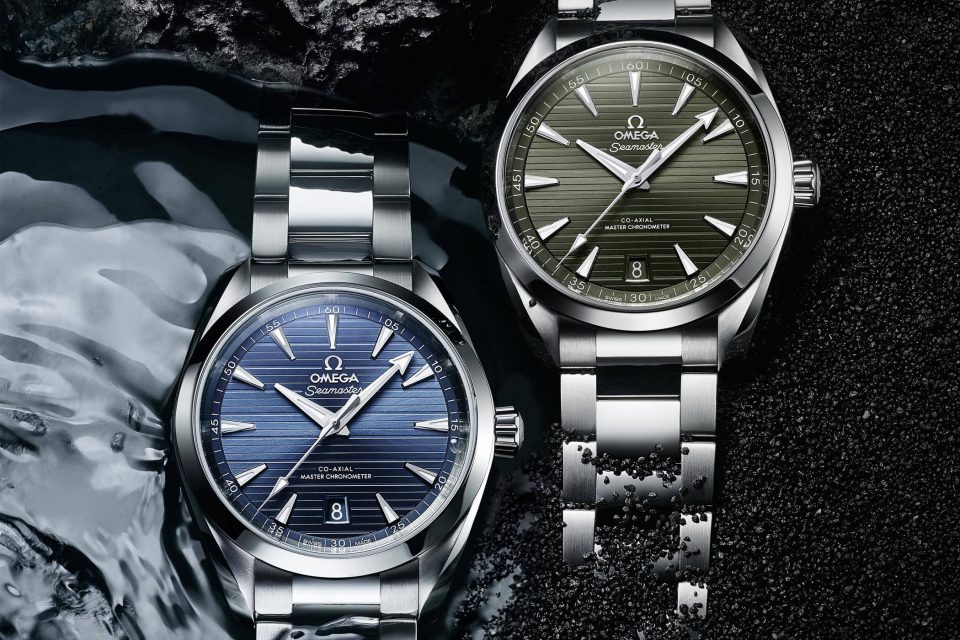 Omega is one of the best-known luxurious watch brands available in the market today. This brand has contributed and has been an instrumental part of some of the most historical events. From NASA’s space exploration programs to international sporting events, and even in the famous James Bond movies.

Various remarkable models have been part of these momentous events that etched their mark in history that extends beyond watchmaking. These days, Omega is making a buzz again, even more so than usual, as it returns in the limelight as the official timekeeper of the Olympic Games. To mark the occasion, it has earlier released a series of limited-edition Speedmaster watches. But, apparently, the brand has another watch up its sleeve and it turns out, it saved the shiniest for last in the form of the new Omega Seamaster Aqua Terra Tokyo 2020.

Omega & Its History As The Official Olympic Games Timekeeper

Omega watches started in a small workshop established by Louis Brandt in La Chaux de Fonds, Switzerland in 1848. During the first 30 years since its foundation, Brandt maintained a self-effacing business, selling his watches to customers around the world. When he passed away in 1879, his sons stepped in to carry on their father’s legacy.

In 1885, the brothers released their first mass-produced caliber, the Labrador. About seven years later, they developed the first minute-repeating timepiece. It didn’t take long before they launched the 19-line Omega Caliber, a line of watches that would later give the company its name.

Then, after just a little over a decade in 1948, Omega watches introduced the first edition of one of its most symbolic watches, the Seamaster. The first Seamaster went out to the market to commemorate the company’s centennial. To this day, the model is still one of the highly revered watches in the Omega family.

After delays because of the pandemic, the Tokyo Olympics is finally happening with so much anticipation from sports fans around the globe. As the world’s best athletes participate in different competitions, the event’s official timekeeper has produced a full range of winning performances on the wrist. This included the Aqua Terra model, which announcement came after the release of the full line of Speedmaster watches dedicated to the historic sporting event.

The new Omega Seamaster Aqua Terra is Olympic gold. It’s released in two different versions: one in 38mm and another in 41mm. Both are presented with a striking blue dial in an 18K yellow gold and matching blue leather straps. It’s the perfect representation of the Olympic games—excellence in performance.

From afar, the references look almost identical. But, upon close observation, there are quite some differences. One is the trapezoidal date window on the 41 mm version compared to the circular window on the 38 mm. The larger watch also has Arabic numerals around the dial while the smaller one does not. Lastly, the applied hour markers have different shapes depending on the size of the watch.

Read More:   How to Select the Best Mini-ITX case for Your Gaming?

While that’s the case, these Aqua Terra models also share a few similarities. They both have a standout ceramic dial whose design, in a true Omega fashion, is laser-engraved. Both are water-resistant for up to 150 meters and are powered by the Omega Co-Axial in-house caliber 8801. You can see this movement through the exhibition sapphire crystal, where the Tokyo 2020 logo, with its asymmetrical squares and rectangles, is printed.

3 Other Seamaster Aqua Terra Models to Check Out

Interestingly enough, the Seamaster Aqua Terra Tokyo 2020 is not a limited edition. But that doesn’t mean you could easily get your hands on this masterpiece, considering the other watch enthusiasts that would line up for it. Don’t worry, though, you can check out these other Aqua Terra models which are beautiful and eye-catching just the same.

The Seamaster Aqua Terra is a superb tribute to Omega’s rich maritime heritage. In this 41mm model, the symmetrical case has been crafted from 18k Sedna gold, with the signature wave-edged design on the caseback.

It has a sun-brushed brown dial that is distinguished by the horizontal teak pattern inspired by the wooden decks of luxury sailboats. There is also a date window at 6 o’clock and 18k Sedna gold hands and luminous indexes filled. A certified Master Chronometer self-winding movement with co-axial escapement powers this model.

The Aqua Terra 150m Co-Axial Master Chronometer 41mm is an amazing watch for the modern gentleman. It has a stainless steel case and brushed-finished bracelet, overall which creates a surface that’s smooth to the touch. The deep blue dial has engraved stripes in it, providing beautiful contrast to the luminescent hands and markers. This is sandwiched between two sapphire crystal glasses on the front and back, which both look great on a steel frame. The timepiece is automatic with up to 60 hours of reserved power and up to 150 meters of water resistance.

With its trendy design, this Aqua Terra demands full attention. It features a subtle gray dial with accents of light blue and luminous index markers and hands. This model is housed in a 41mm stainless steel case and finished with a deep blue alligator strap. It also has a transparent case back, offering a view of the movement that boasts 60 hours of power reserve and 150m water resistance.

Omega offers a wide range of attractive, well-finished luxurious watches with exceptional movement and compelling functionality. This company’s reputation is well backed by its reputation as an official timekeeper of various sporting events at the international level, where accuracy is a requirement.

Only a few brands can be considered as successful as Omega in producing extremely reliable timepieces that go a long way.

7 Ways to Check an Original iPhone XS Before Buying One

The Essential Guide to Creating a TV Show Pitch Deck: 11 Tips and Examples