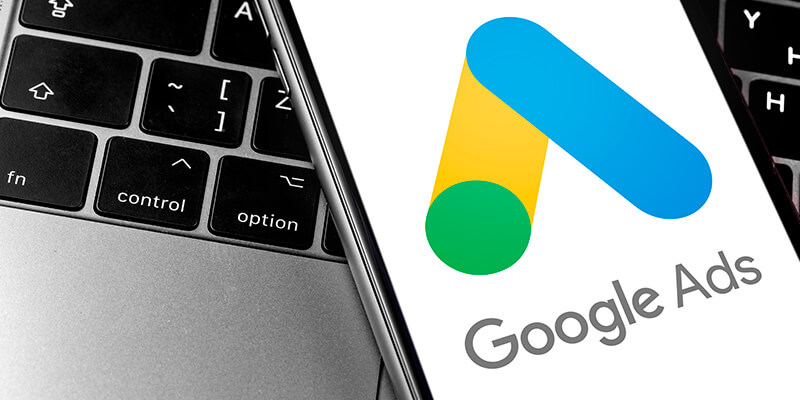 Reasons Why Some Business Owners Say No to Google Ads

Google Ads, the name now given to the ad model in Google Adwords, is an effective advertising resource in digital marketing. Although it is a payment model that only works when you are investing in the medium (Google) and does not leave an organic residual when you stop investing, it is a way to generate leads in the short term. However, there are customers whose first reaction is to not want to pay Google and say no to ads in Google Ads . This position may be due to three causes.

They usually tried it on their own without good results and that’s why they don’t want to do it again. This can almost always be traced to the fact that, not being professionals in Google Ads and not being certified, they did not configure their campaign well, they did not optimize it well and they ended up spending money and generating few results. The solution is simple, campaign with an agency that has experience and is certified by Google.

When the ads in Google Ads are made by someone who has never done other campaigns, they don’t have a reference to compare with. And, if your results are a bit good and you generate a few leads, you may think you are doing well. The reality is that when someone with no experience advertises in Google Ads, their effort almost always has a lot of room to improve.

Read More:   What Are the Main Benefits of Instagram for Businesses?

It is very common that we are called from companies where there is already someone internal doing the advertising campaign in Google Ads without very positive results, but also not notably bad. What we do is start with a Google Ads audit that shows us that these campaigns are misconfigured and that they are wasting their money unnecessarily. If you are doing advertisements in Google Ads at home, I recommend you hire a Google Ads audit that indicates what is wrong and corrects it, from there you can continue to run it, surely with much higher results. In our case, we give a guarantee, if after the audit and correction the campaign does not improve its results, we do not charge.

This may be due to poor campaign execution or because the industry you want to compete in is inherently expensive at Google. In the first case, if it is an advertising campaign in Google Ads where very broad words or phrases are used, the geographical scope is not well defined and the advertising model is not chosen correctly, the campaign can be very expensive, but it is because of poor execution. In the second case, especially in some industries where the cost per click may well be high, the argument may be valid, however, there are always ways to narrow down campaigns to lower their cost and improve their effectiveness.

Advertising should not be seen as an expense, but based on the return that investment can give. To quickly estimate whether or not you could profitably include ads in Google Ads , follow the example below:

Read More:   How Online Marketing Could Revolutionise Your Business

Many people think that you can only generate free traffic without having to pay Google. Typically, people refer to search engine optimization (SEO) campaigns to generate free traffic, but SEO is not free. To have a good organic positioning for your website, you need to invest time and money optimizing the pages of the site, already studying and executing SEO techniques or hiring an agency that does that job for you, in both cases it is not free.

A good site with a good SEO campaign that leads you to rank well in organic listings is certainly going to generate free lead traffic but it is not going to be immediate. The ads on Google Ads , do give immediate results “while” it is achieving organic positioning and can also be used for remarketing campaigns where additional conversion attempts are made to a visitor who actually came to the site but did not convert.

If it’s a running campaign, I’m surprised when I hear this answer, considering that most of Google’s earnings, which are around $ 36 trillion quarterly , come from advertisements on Google Ads . In other words, Google generates millions of dollars from the people who click on those ads, if nobody clicks, something is fundamentally wrong with the campaign and you need an expert to audit, review and correct the campaign.

Read More:   3 tips to know which campaign to use, SEO or PPC

If it is an assertion for already executed campaigns, it is important to remember that Google officially reports that, on average, advertisements in the Google Ads search network generate a CTR (click rate) of 2%, this means that out of every 100 times an ad is shown, on average 2 people click. Of course that is an average, the reality is that when the campaign is operated by certified personnel with experience in operating advertisements in Google Ads , CTRs of 8% or more are obtained, which invalidates any assertion that people do not clicks on Google ads.

Advertisements in Google Ads is a very powerful strategy, try it

When you want short-term results or for a limited period, a campaign in Google Ads is the answer because it starts operating minutes after being configured and can be turned off as soon as the objective is reached or the deadline is exceeded, for example, an event, course, launch, etc. Of course, if the budget is limited and there is no pressure for the results to come in the short term, then you can only rest on an organic SEO positioning strategy, but this is usually not the case.

The correct strategy is to combine the ads in Google Ads with an optimization strategy for organic positioning.

Digital marketing as a channel to position your brand

Beneficial Tips To Choose an SEO Company For Your Business

Business Strategy in a Digital Age

3 Keys to an Effective SEO Strategy